Where is New Brunswick? 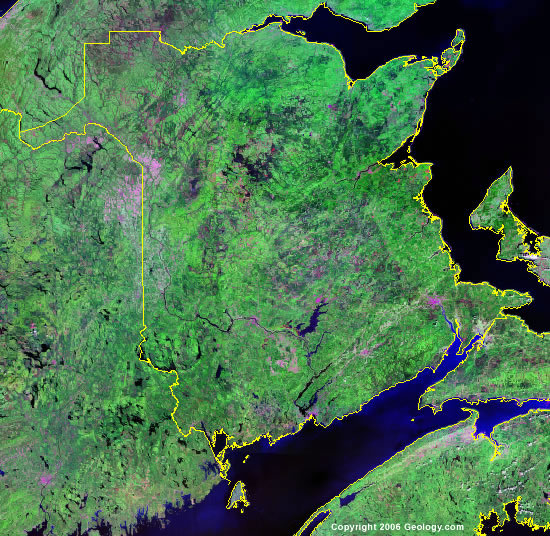 Where is New Brunswick?

New Brunswick is located in eastern Canada. New Brunswick is bordered by the Gulf of St. Lawrence, Quebec to the north, the United States to the west, and Nova Scotia to the south.

Google Earth is a free program from Google that allows you to explore satellite images showing the cities and landscapes of New Brunswick and all of North America in fantastic detail. It works on your desktop computer, tablet, or mobile phone. The images in many areas are detailed enough that you can see houses, vehicles and even people on a city street. Google Earth is free and easy-to-use.

If you are interested in New Brunswick and the geography of Canada, our large laminated map of North America might be just what you need. It is a large political map of North America that also shows many of the continent's physical features in color and shaded relief. Major lakes, rivers, cities, roads, country/province/territory boundaries, coastlines and surrounding islands are all shown on the map.