Learn what you can do with Google Earth!

Zoom In From Space: Google Earth allows you to descend from space to view almost any location on Earth!

The button above takes you to Google.com where you can download Google Earth for free. Google does not pay us to recommend their service. We do it because we are fans of Google Earth and want you to enjoy it too.

Fly to Anyplace in the World! Just type in an address and fly there in one click! Then start navigating with zoom, tilt, and rotate.

What is Google Earth?

Google Earth is the world's most detailed globe and one of the most frequently downloaded programs in the history of the internet. Within minutes you will be zooming in on your hometown and taking visual excursions to our planet's most visited or most remote places.

The images are detailed enough that in most populated areas you can clearly see your house, objects in your yard, and often recognize your car parked along the street. A digital elevation model within Google Earth allows you to view the landscape of many geographic areas in 3D.

See How Cities Have Changed!: Go back to 1984, then watch a time-lapse video to see how things have changed.

Google Earth is a free downloadable program that you install on your Windows, Mac, or Linux desktop or laptop computer. The program requires very little space on your hard drive because the images are stored on Google's servers and streamed to your computer upon demand.

Google Earth is also available as a browser plug-in and as a mobile app. Google has been offering the program for free and improving it regularly since 2005. It has been downloaded over one billion times. 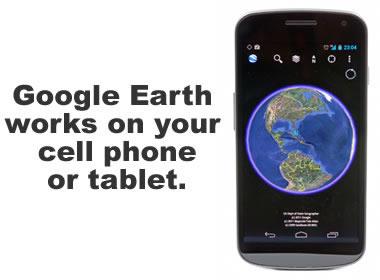 Recent images for most locations.

Do fly-overs of anywhere on Earth.

Use on desktop, tablet or phone.

Zoom in on your house!

Free, easy to use.

The button above takes you to the Google website where you can download Google Earth software for free. We frequently use Google Earth for research, learning, and fun! We receive no compensation from Google for recommending their service. We are simply enthusiastic users of the Google Earth product. Hope you enjoy!

Most of the images in Google Earth were acquired within the past three years, and Google is continuously updating the image set for different parts of the Earth. Large cities generally have more recent and higher resolution images than sparsely inhabited areas.

A misconception exists among some people that the images displayed in the Google Earth program are live-updated directly from satellites. This is not the case. The images are acquired by satellites, processed by commercial image providers or government agencies, and then updated to the Google Earth image database in batches.

However, Google and its image providers do have the ability to rapidly integrate new images into the program. This is sometimes done in emergency situations - such as when an area has been hit by a natural disaster and new images would be of valuable assistance to the recovery and relief efforts.

Google Moon Too? We don't think you will get tired of Google Earth, but if you do, make sure you try Google Moon. See if it is really made of Swiss cheese. 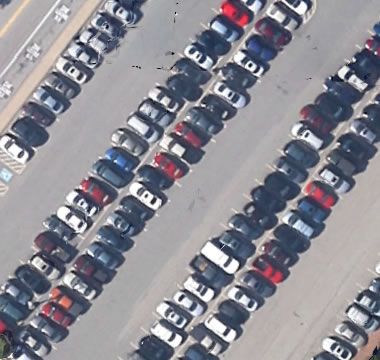 Find Your Car! Google Earth images are so detailed that you might be able to spot your car in the office parking lot! But, keep in mind that the data is not live-updated from satellites. The image might show where you were parked last month or last year!

Google Earth will install on most computers with just a few clicks. Most people are surprised to learn that Google Earth will even work on their tablet computer or phone. Take it with you while traveling to check out beaches, neighborhoods, fishing locations, hiking areas, and much more.

When you launch the Google Earth program on your computer or mobile device, it will display an image of the Earth from space. You can easily use the controls to "fly" down and find your location. However, if you are in a hurry, you can simply search for an address or the name of a landmark or the geographic coordinates. Google Earth will quickly "fly" you right to your destination. 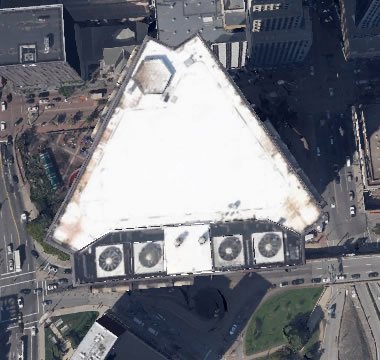 Developed for the CIA?

Google Earth was originally called "Earth Viewer 3D." It was developed by Keyhole, Inc., a company funded by the Central Intelligence Agency (CIA). The software was developed to be a program for "browsing the earth" - and that is exactly what it does.

Google purchased Keyhole in 2004, and with that acquisition it obtained Earth Viewer 3D, which it improved and distributed free to the public starting in 2005. Get your free copy of Google Earth using the blue button below.

If you enjoy Google Earth, you might also learn to use Google Sky, Google Moon and Google Mars. All of these are free online programs that are similar to Google Earth. 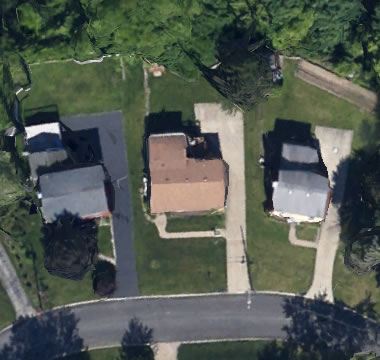 Check Out Real Estate: If you are in the market for a home or commercial property, Google Earth can help you get a quick look without needing to drive there. Real estate agents and buyers use it every day! 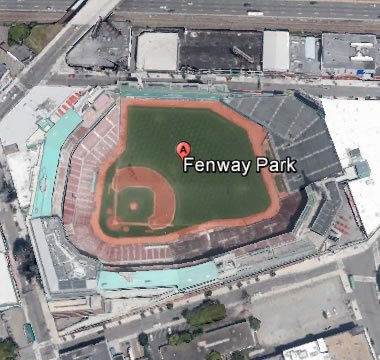 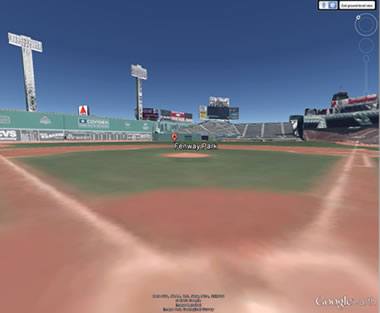 Imagine Yourself in the Batter's Box! You can even enter some venues. If you go into Fenway Park, you can get a view from the batter's box! 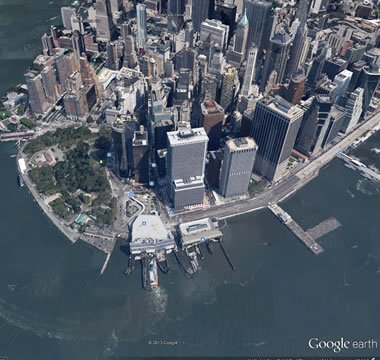 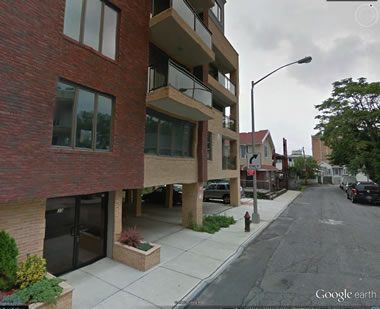 Street-Level Views: Google Earth can access the "Street Map" images that Google acquires by driving city streets and photographing them in 3D. You can switch between browsing satellite images and street view photographs by pressing a zoom button. This is one of the most widely used features of the Google Maps data set.