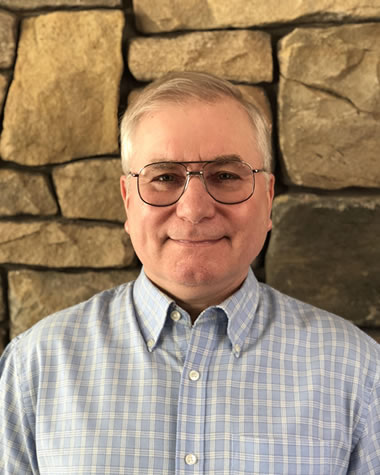 Hobart M. King is the manager and publisher of Geology.com. He is a geologist with over 40 years of experience, has a Ph.D. in geology, and is a GIA graduate gemologist. Much of his work has focused on coal geology, industrial minerals, gemology, geologic hazards, and geoscience education.

He has authored many of the internet’s most popular articles about rocks, minerals and gems. He writes most of the content published on Geology.com and compiles its daily news. His writing is read by over a million people each month, making him one of the world’s most widely read geologists.

He has worked as a geologist in a variety of settings since 1975.

Dr. King was recently featured in an alumni profile published by the Gemological Institute of America and in a success story published on the Google Adsense website.

Some of the articles on Geology.com written by Hobart King appear below. Much of his early work can be found in his Google Scholar profile.

In addition to his work at Geology.com, he is also involved in internet retail as owner and manager of RockTumbler.com and WaterproofPaper.com.

Shale The rock that is quickly transforming the energy industry.
Diamonds from Coal?

Ethiopian Opal - The new opal heavyweight that might give Australia a run.
Emerald

Emerald is the most popular green gemstone in the United States and most of the world.
Quartzite

Lapis Lazuli - a metamorphic rock and the most popular blue opaque gemstone in history.
Mineral Hardness

Making Beer With Rocks - Do you know which fossiliferous rock is used to make beer?
Tanzanite

Tanzanite was unknown until a few decades ago but it has erupted into wide popularity.
Soapstone

Soapstone is a metamorphic rock with properties that make it suitable for a variety of projects.
Fluorescent Minerals

Corundum is the third-hardest mineral. It is also the mineral of ruby and sapphire.
The Acid Test

Ruby and Sapphire are the 2nd and 3rd most popular colored stones in the United States.
Uses of Gold

The Many Uses of Gold Unique properties make gold one of the most useful metals.
Topaz

Topaz is a popular birthstone and the #8 mineral in the Mohs Hardness Scale.
Geodes

Geodes look like ordinary rocks on the outside but can be spectacular inside!
Garnet

Garnet is best known as a red gemstone. It occurs in any color and has many industrial uses.
Olivine

Olivine is a rock-forming mineral found in the crust, the mantle, and in some meteorites.
Moldavite

Moldavite is a gem material born about 15 million years ago when a pair of asteroids struck Europe.
Frac Sand

Frac Sand The amount of frac sand produced in the USA is up by over 300% since 2009.
Coal Close Up

Coal Through a Microscope Coal is more than a black rock. It's THE most interesting rock.
Petrified Wood

Petrified Wood is a fossil that forms when dissolved material precipitates and replaces wood.
Novarupta

Wrong Volcano! The most powerful eruption of the 20th century was misidentified?
Utica Shale

Homeowners Insurance usually does not cover the most common geologic hazards.