An amorphous iron oxide used as an ore of iron and as a pigment for thousands of years. 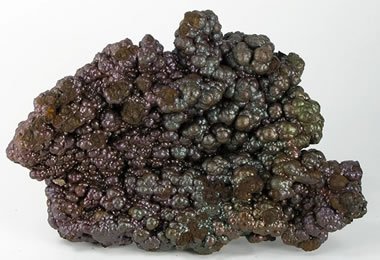 Before modern mineral analysis, the name "limonite" was given to many of the yellowish to yellowish brown iron oxides produced during the weathering of iron-bearing rocks or deposited as bog, lake, and shallow marine sediments.

Researchers who studied "limonite" discovered that it is amorphous and has a variable composition. It often contains significant amounts of iron oxide minerals such as goethite and hematite. This research revealed that the material called "limonite" does not meet the definition of a mineral. Instead, limonite is a mineraloid composed mainly of hydrous iron oxides that are often found in intimate associations with iron minerals.

Today the word "limonite" is used as a field and classroom term for these materials because they cannot be identified in hand specimens and their identity is unknown without laboratory testing. The time and expense required to do this testing is generally not needed, unless the material is going to be used in industry or it is the subject of a detailed study. Thus the name "limonite" is not obsolete; it is still meaningful and useful. 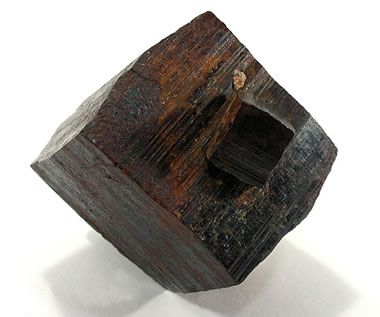 Limonite pseudomorph: A pseudomorph of limonite after pyrite that preserves the original cubic form of the pyrite with its striations. Limonite often replaces pyrite crystals and other materials. This specimen is approximately 4.2 x 3.5 x 3.3 centimeters. Specimen and photo by Arkenstone / www.iRocks.com.

Limonite usually occurs as a secondary material, formed from the weathering of hematite, magnetite, pyrite, and other iron-bearing materials. Limonite is often stalactitic, reniform, botryoidal, or mammillary in habit, rather than crystalline. It also occurs as pseudomorphs and coatings on the walls of fractures and cavities.

Some limonite is found in stratified deposits where hydrous iron oxides form as precipitated sediment on the floor of shallow swamps, lakes, and marine environments. These can be of inorganic or biogenic origin.

Limonite often forms as a precipitate at springs and mine openings where acidic, iron-laden waters emerge from the subsurface. Most subsurface waters contain very little oxygen, and when they discharge to the surface, they often encounter oxygenated waters. Dissolved metals in the groundwater rapidly combine with the dissolved oxygen of the surface water to form a precipitate that falls onto the bed of the stream. This precipitate is a characteristic sign of acid mine drainage.

Limonite is very resistant to weathering and often accumulates as a residual deposit. It is often the main form of iron and colorant in lateritic soils. 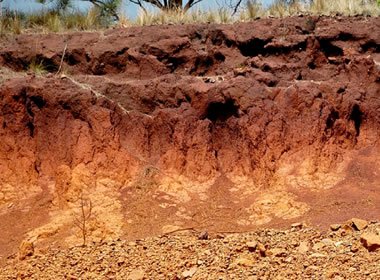 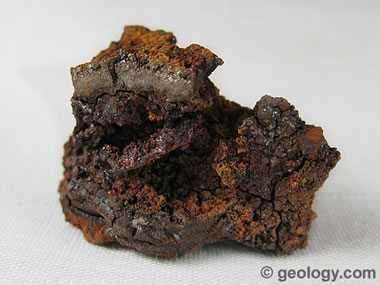 Limonite: Limonite from Newport, New York. This specimen is approximately 6.4 centimeters across. 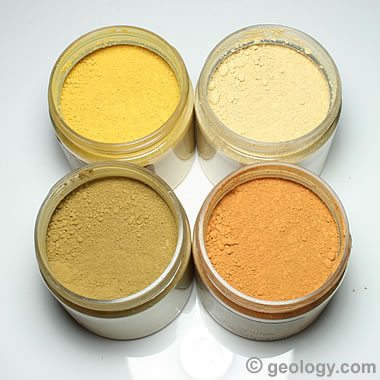 Limonite pigment: Several colors of limonite pigment. They are clockwise from top left: lemon ocher, yellow ocher, orange ocher, and brown ocher. These pigments were prepared by grinding limonite to a fine powder. They are mixed with oil to produce a pigment of the desired consistency and mixed with one another, or other pigments, to produce an infinite number of other hues.

Limonite has been used by people since prehistoric times. Their first use of limonite was probably as a pigment. It is found in many Neolithic pictographs, and throughout history it has been one of the most important pigments for creating paints in the yellow to brown color range known as ocher. Its use as a pigment continues today. It can sometimes be used directly from the deposit with minimal processing, but it is often heat treated to drive off water, simplify the production of a powder, and improve color. 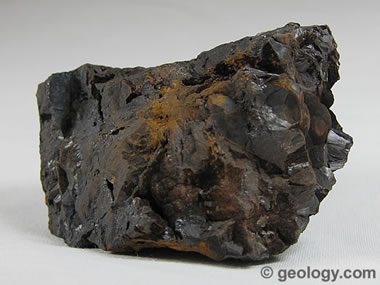 Limonite has been used as a low-quality iron ore for thousands of years. Commercial mining of limonite as a source of iron is no longer done in areas where reasonable deposits of hematite and magnetite are present or readily imported. Limonite deposits are usually too small and too impure for use in modern metallurgy.

Names such as "brown iron," "brown hematite," "bog iron," and "brown ocher" have been used by miners to relate limonite with its potential uses. Their use has declined significantly, and the name "limonite" is now used for these various materials.