An ore of chromium, the metal used in stainless steel, nichrome, and chrome plating. 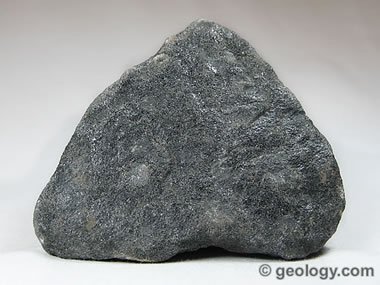 Chromite: Chromite from the Transvaal area of South Africa. Specimen is approximately 4 inches (10 centimeters) across.

Chromite is an oxide mineral composed of chromium, iron, and oxygen (FeCr2O4). It is dark gray to black in color with a metallic to submetallic luster and a high specific gravity. It occurs in basic and ultrabasic igneous rocks and in the metamorphic and sedimentary rocks that are produced when chromite-bearing rocks are altered by heat or weathering.

Chromite is important because it is the only economic ore of chromium, an essential element for a wide variety of metal, chemical, and manufactured products. Many other minerals contain chromium, but none of them are found in deposits that can be economically mined to produce chromium.

Chromite can be challenging to identify. Several properties must be considered to differentiate it from other metallic ores. Hand specimen identification of chromite requires a consideration of: color, specific gravity, luster, and a characteristic brown streak. The most important clue to identifying chromite is its association with ultrabasic igneous rocks and metamorphic rocks such as serpentinite.

Chromite is sometimes slightly magnetic. This can cause it to be confused with magnetite. Chromite and ilmenite have very similar properties. Careful observations of hardness, streak, and specific gravity are required to distinguish these minerals in hand specimens.

Magnesium frequently substitutes for iron in chromite. A solid solution series exists between the mineral chromite (FeCr2O4) and the isomorphous mineral magnesiochromite (MgCr2O4). Intermediate specimens can be rich in iron ((Fe,Mg)Cr2O4) or magnesium ((Mg,Fe)Cr2O4). For convenience in communication, these minerals are often referred to collectively as "chromite." 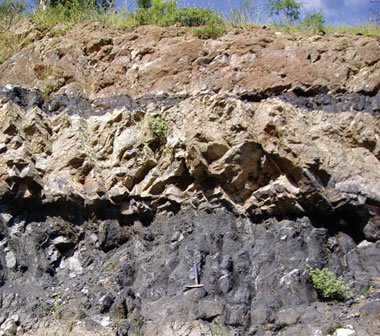 Small amounts of chromite are found in many types of rock. However, chromite deposits that are large enough for mining are generally found in: 1) stratiform deposits (large masses of igneous rock such as norite or peridotite that slowly crystallized from subsurface magma); 2) podiform deposits (serpentines and other metamorphic rocks derived from the alteration of norite and peridotite); and, 3) beach sands (derived from the weathering of chromite-bearing rocks). 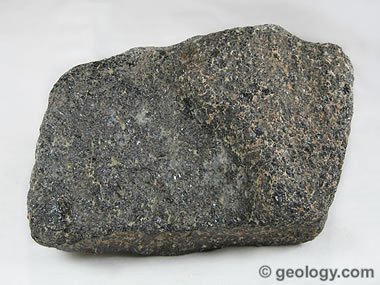 Stratiform deposits are large masses of igneous rock that cooled very slowly in subsurface magma chambers. During this slow cooling, chromite and associated minerals crystallized early while the magma was still at a very high temperature. Their crystals then settled to the bottom of the magma chamber to form a layered deposit. Some of the layers in these deposits can contain 50% or more chromite on the basis of weight. 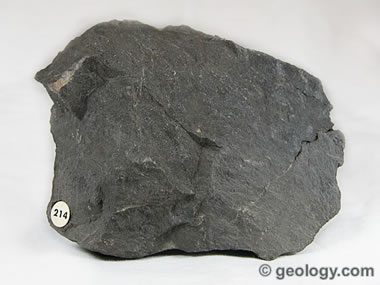 Chromite from Zimbabwe: Chromite from Shurugwi, Zimbabwe. Specimen is approximately 4 inches (10 centimeters) across.

Podiform deposits are large slabs of oceanic lithosphere that have been thrust up onto a continental plate. These slabs of rock, also known as "ophiolites," can contain significant amounts of chromite. In these deposits the chromite is disseminated through the rock and not highly concentrated in easy-to-mine layers. Podiform deposits are known in Kazakhstan, Russia, the Philippines, Zimbabwe, Cyprus, and Greece.

Chromite is found in beach sands derived from the weathering of chromite-bearing rocks and laterite soils that developed over peridotite. Beach sand rich in chromite and other heavy minerals is sometimes mined, processed to remove heavy minerals, and returned to the environment.

Two facts allow these chromite sands to occasionally contain economic deposits of chromite. First, chromite is one of the more weathering-resistant minerals of peridotite. That causes it to be concentrated in residual soils that form in the weathering zone above chromite-rich rocks. Second, chromite has a higher specific gravity than other minerals in peridotite. This causes it to be selectively transported and deposited by wave and current actions, concentrating it in certain locations at streams and beaches. These deposits are sometimes rich enough and large enough that they can be mined for chromite.

Uses of Chromite and Chromium

Chromium is a metal used to induce hardness, toughness, and chemical resistance in steel. The alloy produced is known as "stainless steel." When alloyed with iron and nickel, it produces an alloy known as "nichrome" which is resistant to high temperatures and used to make heating units, ovens, and other appliances. Thin coatings of chromium alloys are used as platings on auto parts, appliances, and other products. These are given the name "chrome plated." It is also used to make superalloys that can perform well in the hot, corrosive, and high-stress environment of jet engines.

Chromium's name comes from the Greek word "chroma" which means "color." Chromium is used as a pigment in paint. The familiar yellow lines painted down the center of highways and the yellow paint used on school buses are often "chrome yellow" - a color produced from chromium pigment. Chromium is an important pigment in many types of paint, ink, dye, and cosmetics. Trace amounts of chromium produce the color in many minerals and gemstones. The red color of ruby, the pink of some sapphires, and the green color of emerald are caused by tiny amounts of chromium.

Chromium Production and Recycling in the United States

Kimberlite, the type of rock that holds many of the world's most important diamond deposits, usually contains small amounts of chromite, ilmenite, and certain types of garnet. Although these minerals occur in very small amounts, they are much more common in the rock than diamonds. Because these minerals do not occur together in most other types of rocks, they can be a valuable indicator of a nearby kimberlite body if they are found in stream sediments, glacial tills, residual soils, core samples, or well cuttings. Some of the greatest diamond deposits on Earth were discovered using the geology of indicator minerals.