The Kerguelen Islands are an overseas territory of France. 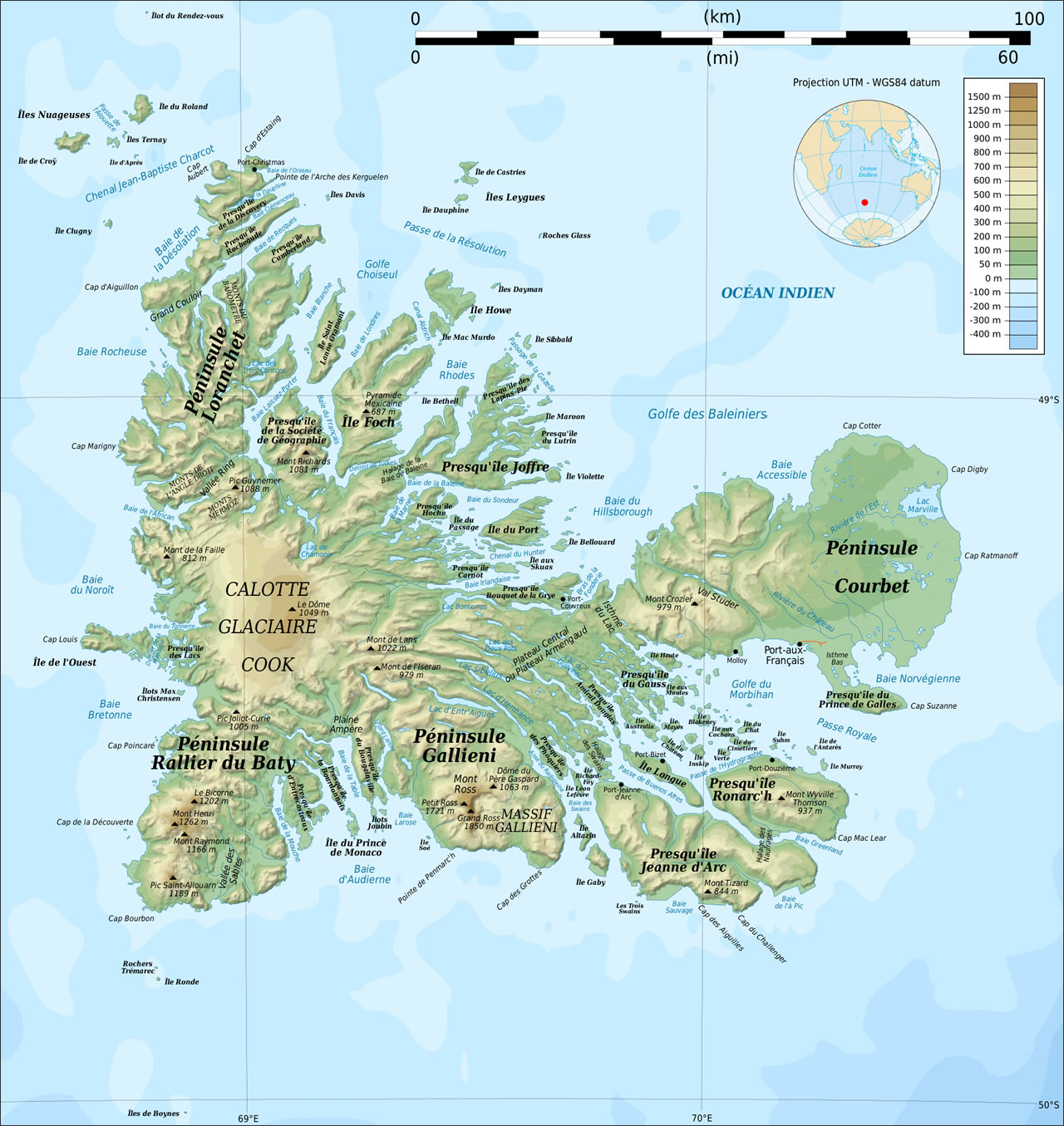 Where are the Kerguelen Islands? 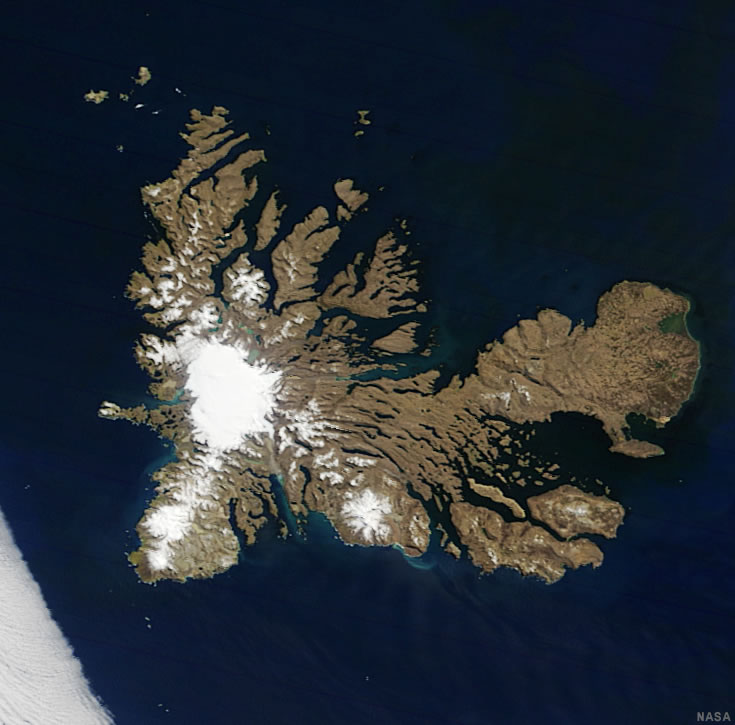 Google Earth is a free program from Google that allows you to explore satellite images showing the settlements and landscapes of the Kerguelen Islands and the rest of the world in fantastic detail. It works on your desktop computer, tablet, or mobile phone. The images in many areas are detailed enough that you can see houses, vehicles and even people on a city street. Google Earth is free and easy-to-use.

The Kerguelen Islands are included on our Blue Ocean Laminated Map of the World. This map shows a combination of political and physical features. It includes country boundaries, major cities, major mountains in shaded relief, ocean depth in blue color gradient, along with many other features. This is a great map for students, schools, offices, and anywhere that a nice map of the world is needed for education, display or decor.

Fish and crustaceans. The islands have several scientific research stations, including a seismographic station at Port Bizet, and a satellite and rocket tracking station near Port-aux-Francais.

The Kerguelen Islands have a somewhat harsh tundra climate. Because the archipelago is situated between the "Roaring Forties" and the "Furious Fifties" (strong westerly winds in southern latitudes), the winds can be very strong, particularly on the west coast, where wind speeds can reach 150 to 200 kilometers per hour. Waves often measure 12 to 15 meters high.

In the past few decades, permanent glaciers have been shrinking, and some of the smaller glaciers on the islands have completely disappeared. In 2019, the Kerguelen Islands were designated a UNESCO World Heritage Site to protect their pristine wilderness, biodiversity, and wildlife populations.