Troglobites: Animals that Live in a Cave 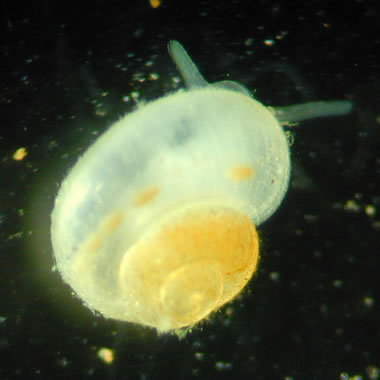 The darkness of the cave eliminates their need for sight. As a result, they are usually blind with undeveloped eyes that might be covered by a layer of skin. The darkness eliminates the advantage of camouflage coloring, and many troglobites are albino.

Many types of animals have evolved into troglobites. Some of the most familiar types of troglobites are spiders, beetles, gastropods, fish, millipedes, and salamanders. Turbellarians, pseudoscorpions, harvestmen, isopods, amphipods, decapods, collembolans, and diplurans are also represented in Earth's troglobite collection.

The first known discovery of a troglobite occurred in Slovenia in the 1600s. Heavy rains flooded cave systems in the area, and gushing springs carried a number of mysterious creatures to the surface. They were small flesh-colored serpent-like creatures a few inches long with legs and a flat wedge-shaped head. 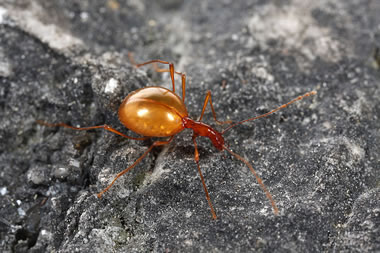 Cave beetle: Beetles are a common troglobite. This beetle, Leptodirus hochenwartii from Slovenia has lost its eyes, wings and pigment in adapting to cave life. This image by Yerpo is used under a Creative Commons license.

How Many Species of Troglobites?

Over 7700 species of troglobites have been discovered. Although that might sound like a surprisingly high number, researchers believe that it is just a small fraction of the total number of Earth's troglobite species. This number is low because many caves have been poorly explored and even fewer have had a thorough biological census. More importantly, the number of caves that have been discovered is thought to be just a tiny fraction of all of the caves that exist.

The number of different species is also very high because troglobites evolve in isolation. A species evolves in a single cave, and because it cannot survive outside of the cave environment, that species cannot spread to other caves. This means that every cave has the potential to host a unique assemblage of troglobite species. 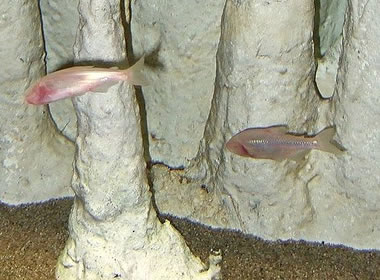 Blind cave fish: This blind cave fish, Astyanax jordani, is found in Mexico. This image by OpenCage is used under a Creative Commons license.

What Do They Eat?

Most troglobites are sedentary organisms that do not burn a lot of calories. They obtain most of their food from scavenging. Their diet might include: small pieces of plant debris carried into the cave by running water, bacteria and plankton that live in cave waters, carcasses of animals that have died in the cave, and feces of other animals scavenged from the cave floor. Bat guano can be the primary food for troglobites living in caves with an active bat population. 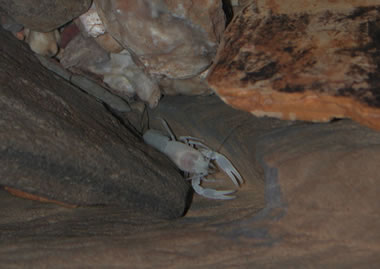 Cave crayfish: Photograph of a cave crayfish, Orconectes australis, by Marshal Hedin is used under a Creative Commons license.

Troglophiles are animals who spend part or all of their lives in a cave. They differ from troglobites in that they have not adapted to permanent life in a cave. They are able to survive outside of the cave in the appropriate environment. They have not lost their vision or their pigment. Some troglophiles might have reduced visual abilities or partial pigmentation. If their descendants remain in the cave long enough, they could adapt into troglobites.

Trogloxenes are the type of cave animal that most people are familiar with. They use caves overnight or during the winter as places to sleep or hibernate. Bats and bears are well-known trogloxenes. Some types of birds, snakes and insects are trogloxenes. Humans might not be considered trogloxenes today, but thousands of years ago many humans used caves as a regular place of shelter.

One type of troglobite that is occasionally seen in pet shops is the "blind cave fish." These are often forms of the Mexican tetra (Astyanax mexicanus) that have adapted to life in a cave but have been removed for commercial propagation. It has no eyes and is albino. It can be kept in an aquarium and can compete successfully for food in a mildly aggressive community.