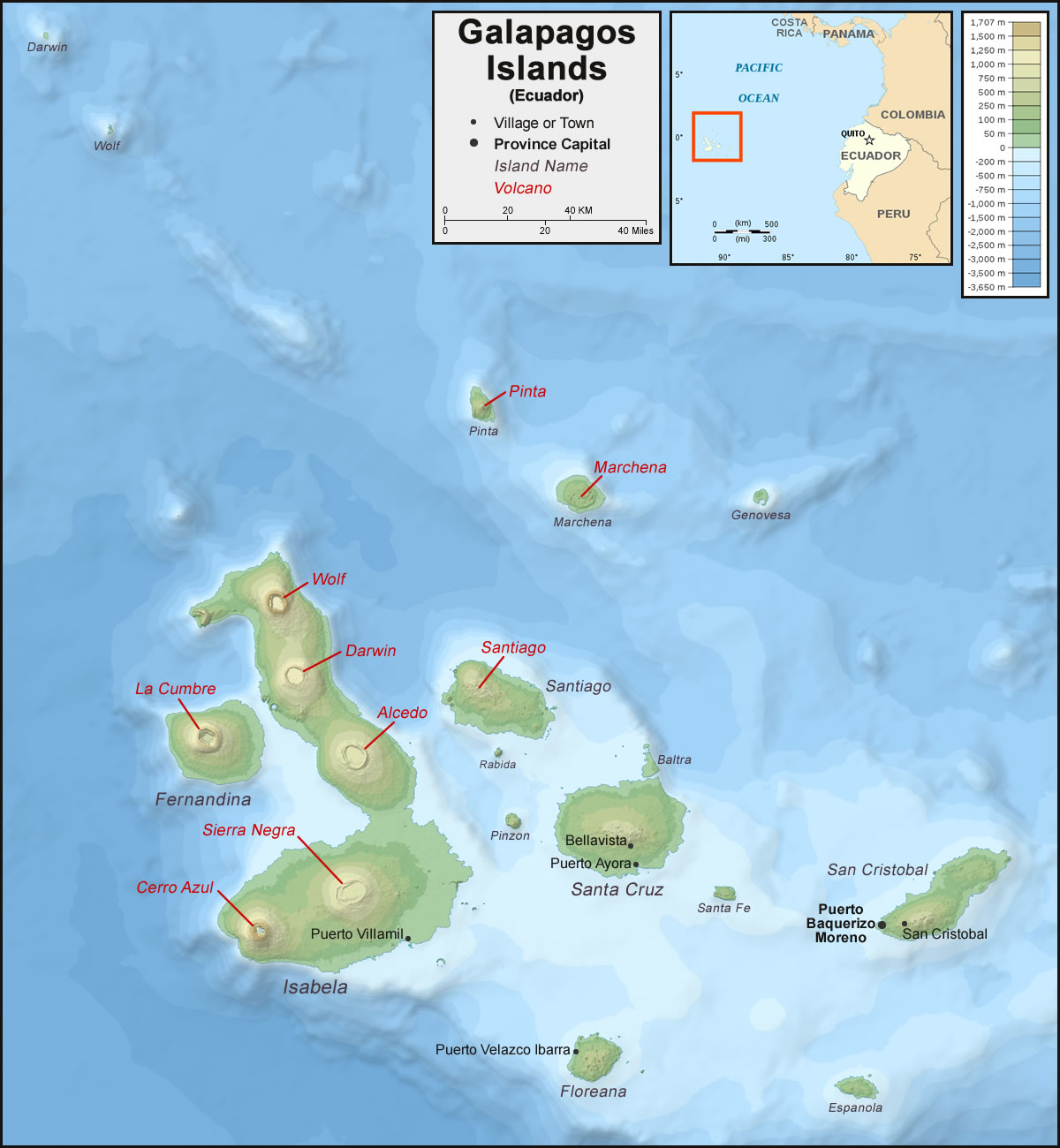 Where are the Galapagos Islands? 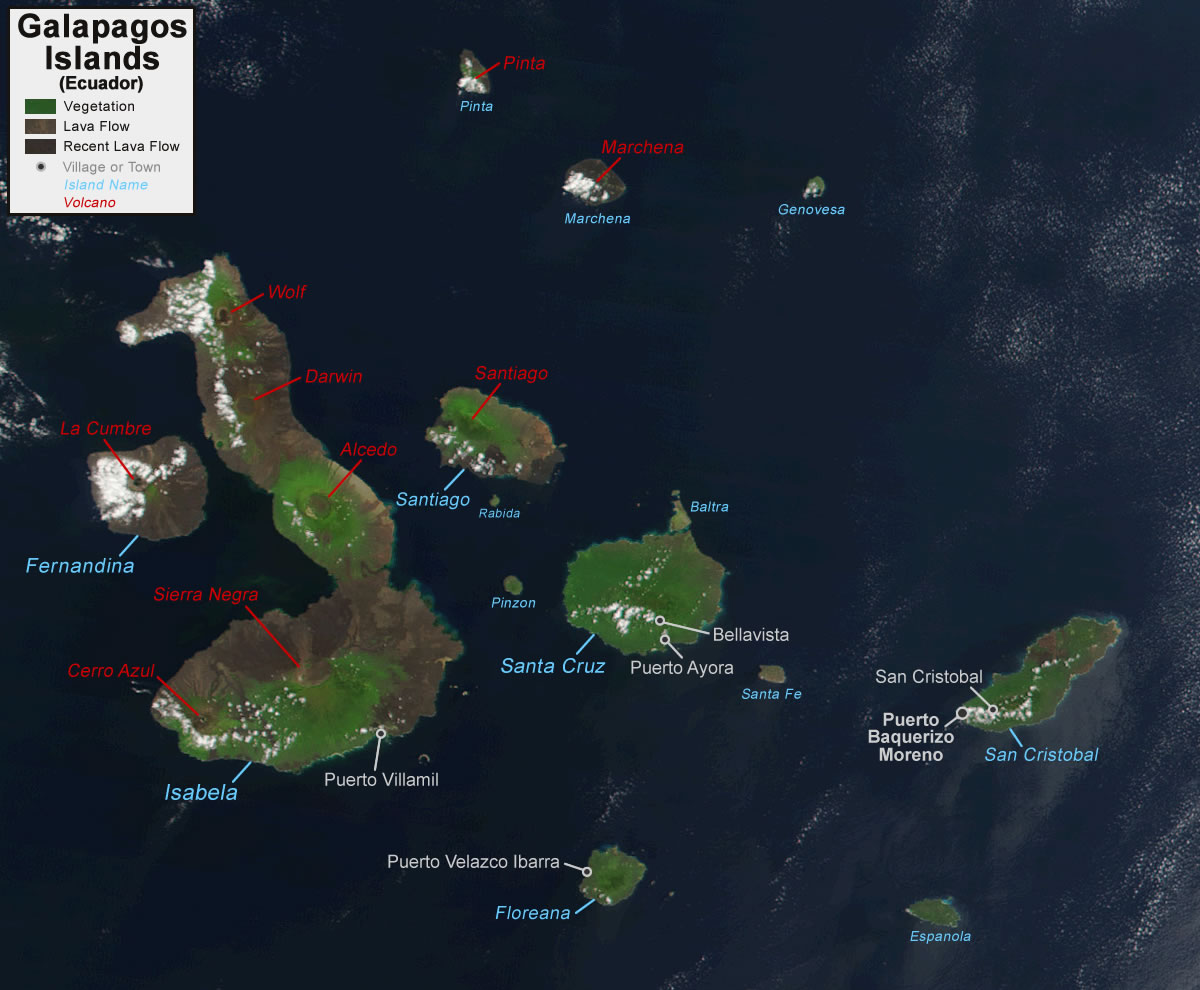 Google Earth is a free program from Google that allows you to explore satellite images showing the cities and landscapes of the Galapagos Islands, Ecuador, and all of South America in fantastic detail. It works on your desktop computer, tablet, or mobile phone. The images in many areas are detailed enough that you can see houses, vehicles and even people on a city street. Google Earth is free and easy-to-use.

The Galapagos Islands are included on our Blue Ocean Laminated Map of the World. This map shows a combination of political and physical features. It includes country boundaries, major cities, major mountains in shaded relief, ocean depth in blue color gradient, along with many other features. This is a great map for students, schools, offices, and anywhere that a nice map of the world is needed for education, display or decor.

Galapagos Islands On a Large Wall Map of South America:

If you are interested in the Galapagos Islands and the geography of South America, our large laminated map of South America might be just what you need. It is a large political map of South America that also shows many of the continent's physical features in color or shaded relief. Major lakes, rivers, cities, roads, country boundaries, coastlines and surrounding islands are all shown on the map.

Natural resources include fish and timber. In 1978, UNESCO recognized the Galapagos Islands as a World Heritage Site. There are a number of plant and animal species that are endemic to the islands, including the Galapagos tortoise, Darwin's finches, the Galapagos lava lizard, the flightless cormorant, the world's only marine iguanas, and the Galapagos penguin - the only type of penguin that is found north of the equator.

The archipelago has a number of historically active volcanoes. Additionally, the islands are vulnerable to El Nino and La Nina cycles.

Non-native species of plants and animals, introduced to the islands by humans, are a threat to the islands' unique biodiversity. Wildlife is also threatened by the growing number of human inhabitants. Other issues for the Galapagos Islands include illegal fishing, deforestation, and pollution from oil production wastes.

Copyright information: The images on this page were composed by Angela King and are copyright by Geology.com © 2022. These images are not available for use beyond our websites. If you would like to share them with others please link to this page.