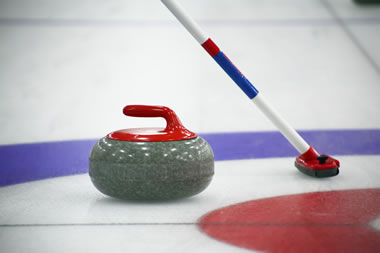 Curling Stone: Pictured here is a granite curling stone and a "broom" used to sweep the ice. Sweeping the ice in front of a moving curling stone influences both the speed and direction of the stone. Sweeping warms the ice and reduces friction, which helps the stone maintain its velocity and travel in a straighter path. Image copyright iStockphoto / bukharova.

A Gold Medal in Curling Puts Granite in the Spotlight

The United States won its first-ever Olympic Gold Medal in the sport of curling at the 2018 Winter Olympics. This brought attention to the use of granite in manufacturing the curling stones, also known as "rocks," used to play this sport. Curling stones weigh between 38 and 44 pounds and are made from granites with special physical properties. 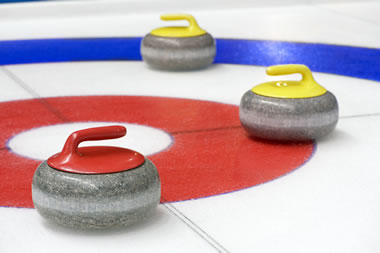 Granites with the special properties needed to make curling stones have only been found in a few locations. Today the most popular curling stones are made from granites quarried in just two locations: 1) Ailsa Craig, an island in the Firth of Clyde, the channel between Ireland and Scotland; and, 2) the Trefor Granite Quarry, located on the coast of Wales.