Blue is the most popular gemstone color.   There are a lot of blue gems. 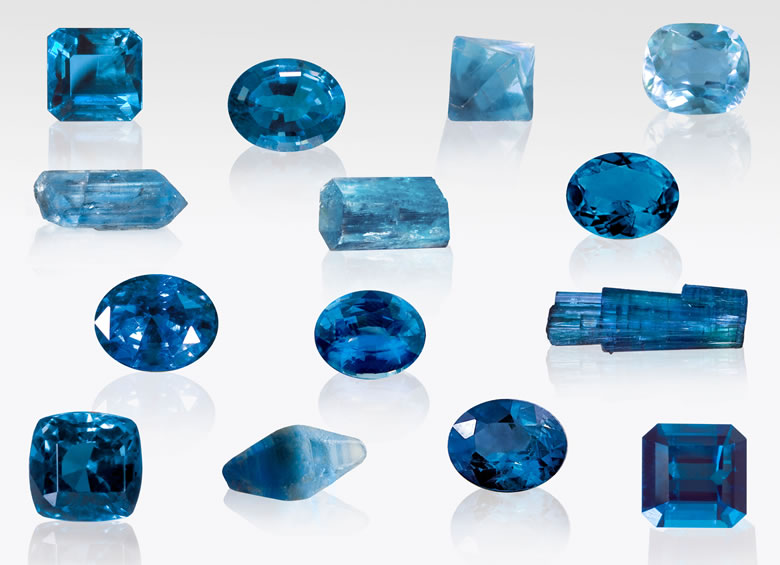 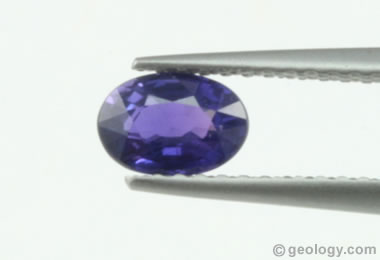 Sapphire: Sapphire is a gem variety of the mineral corundum. When corundum is reddish blue to violet-blue, it is known simply as "sapphire." Corundums of any other color (except red, which is ruby) are known as "fancy sapphire."

On the basis of dollars spent in the United States, sapphire is the most popular blue stone and the third most popular colored stone (after emerald and ruby). Sapphire has a Mohs hardness of 9 and can be used in almost any type of jewelry without fear of being scratched.

Sapphire was traditionally mined in Southeast Asia, India, and the island nation of Sri Lanka. Recent discoveries of sapphire in several parts of Africa are bringing beautiful stones to the market from brand-new sources. 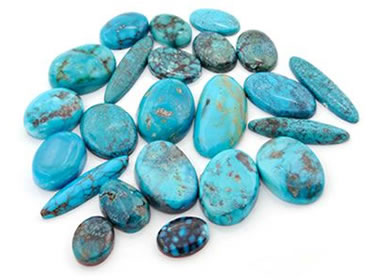 Turquoise is found in dry climates in the rocks above copper deposits. The southwestern states of Nevada, Arizona, and New Mexico produce enough turquoise to make the United States a world leader in turquoise production. Turquoise was first produced there thousands of years ago by Native Americans, and the gem is still associated with their work.

Turquoise has a hardness of between 5 and 6 on the Mohs Hardness Scale. That makes it suitable for earrings, pendants, pins, and other items that are not subjected to abrasion or impact. If it is used in jewelry such as bracelets, belt buckles, and rings, it is best mounted in a setting that protects the stone from abrasion or impact. 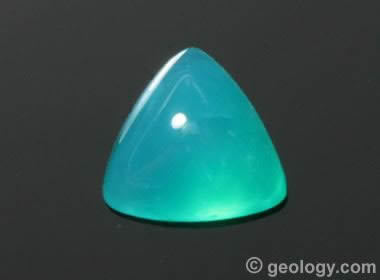 Gem Silica: You have probably not heard of this gem before. Gem silica is a rare variety of greenish blue chalcedony. Small amounts are currently produced in Arizona and a few other locations. It is the rarest and the most expensive variety of chalcedony.

Gem silica receives its wonderful color from small amounts of included chrysocolla or copper compounds. It is found in arid areas, in the rocks above copper deposits.

Gem silica has a Mohs hardness of 7 and is a very tough stone. That makes it perfect for use in almost any kind of jewelry.

You will probably never see gem silica in a mall jewelry store or in a department store. Gem silica is primarily used by high-end jewelry designers who are making one-of-a-kind jewelry items. At the present time (late 2015) it does not have an astronomical price. The 1.5-carat trillion-cut stone in the photo had a retail price of $179. 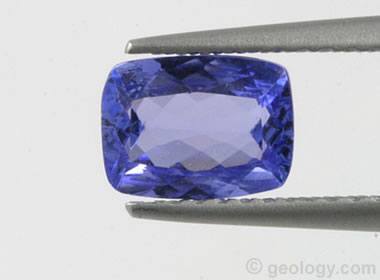 Tanzanite: Tanzanite is a violetish blue gem that is only found in commercial amounts in the African nation of Tanzania. Tiffany and Company selected the name to honor the country where it is produced.

Tanzanite is a relatively new gem, first discovered in the 1960s, whereas most other popular gems have been known and used for hundreds, if not thousands, of years. Tanzanite's wonderful blue color and Tiffany's promotion quickly made it an extremely popular gem.

In the United States, tanzanite is the second most popular blue faceted gem after sapphire. It costs much less than sapphire, but is every bit as attractive - some people even prefer tanzanite over sapphire. For those reasons, tanzanite has become a lower-cost alternative to sapphire.

Tanzanite is not as durable as sapphire. Sapphire has a Mohs hardness of 9, while tanzanite has a hardness of about 6.5. Tanzanite is best used in earrings, pendants, and pins, where abrasion and impact are unlikely. If it is used in a ring, bracelet, or other impact-likely item of jewelry, a design that guards the stone should be used. 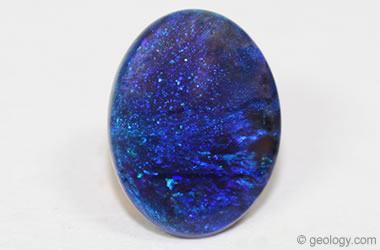 This dark background color makes the "fire" of black opal much more obvious. The contrast of iridescent fire on a dark body color is what most people like about black opal.

The gem in the photo is a nice solid black opal with a strong blue face-up play-of-color. It was mined near the tiny community of Lightning Ridge, New South Wales, Australia.

The town of Lightning Ridge was founded in 1922 after the first black opals were discovered nearby. Even though it has a population of less than 3000 people, it is known as the "Black Opal Capital of the World." The town is in a very remote area, and almost everyone who lives there earns a living mining black opal or working in closely related businesses. 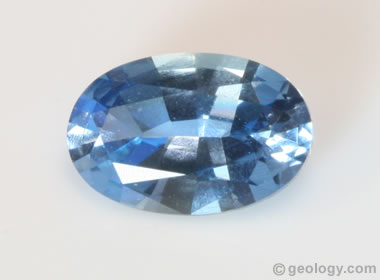 Aquamarine: Aquamarine is a blue variety of the mineral beryl. It receives its name from its seawater-blue color. It ranges from a very light blue to a deep, richly saturated blue. Most people prefer the richer, more saturated blue gems, and they are the most expensive.

Light blue beryls with a low saturation are also called aquamarine. They are much less costly and are used to make inexpensive jewelry.

The mineral beryl occurs in a variety of colors. The most popular is the deep green gemstone known as emerald. Aquamarine is the second most popular gem of beryl.

Most people don't know that there is another blue beryl. It is a very dark blue gem known as "maxixe" (pronounced mashish). Its color is produced within the Earth by exposure to natural radiation. Its color is unstable, and it quickly fades to a pale color with exposure to light.