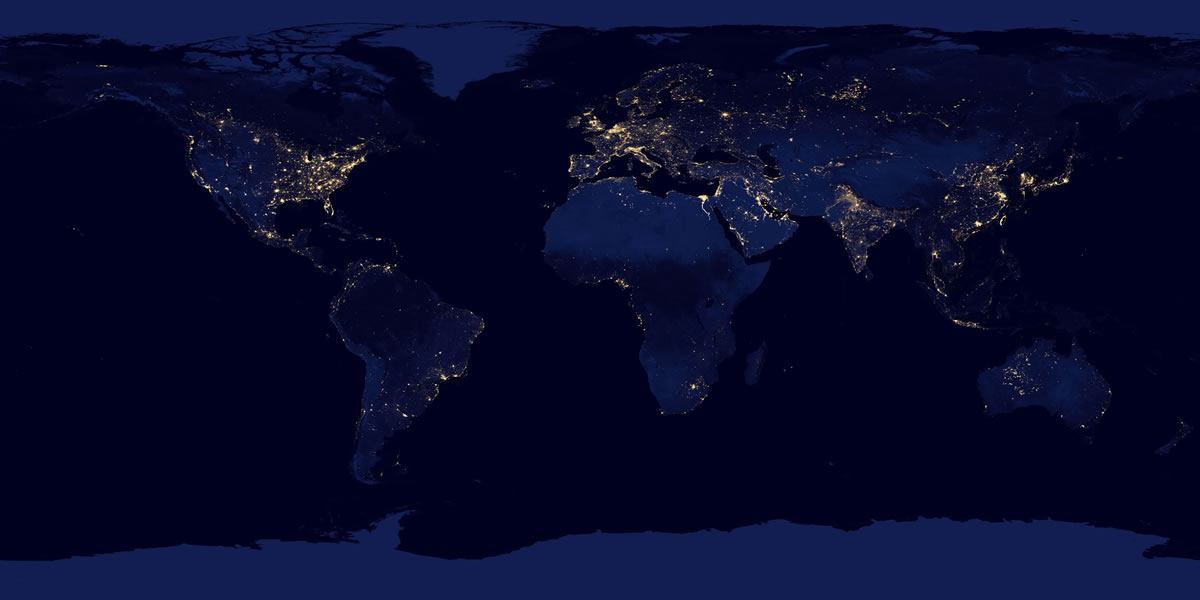 In 2011 NASA launched the Suomi National Polar-Orbiting Partnership Satellite. It orbits the Earth and has sensors that collect observations about Earth's atmosphere and surface during nighttime hours. NASA scientists used data from the satellite to produce this "World Map of Cities at Night". Each white dot on the map represents the light of a city, a fire, a ship at sea, an oil well flare, or other light source. It is one of the most interesting world maps ever made. If you would like to see the world map above in much greater detail, we have a better world map at more than twice the resolution. We also have views that show the United States, Europe and Africa, South America, Asia and Australia.

This world map is detailed enough that you can see a lot more than cities. In the eastern United States, you can see major highways connecting cities and drilling activity illumination in the major oil and gas plays. Much of Africa is dark, but you can see night lights outlining the length of the Lower Nile of Egypt and drilling activity off the coast of Nigeria. In Europe you can see cities outlining the coast of the Black Sea and a few oil drilling platforms in the North Sea. In South America, you can see how much of the population lives along the coast and the concentration of population around Rio de Janeiro, the largest city in Brazil. In Asia you can see the spectacular population centers in China, Japan, India, and Indonesia. In Australia, don't be fooled into thinking that the western part of the continent is heavily populated. Those are agricultural fires in the outback.

This is a large 38" by 51" wall map with vibrant colors and good detail.
Click here for more wall maps! 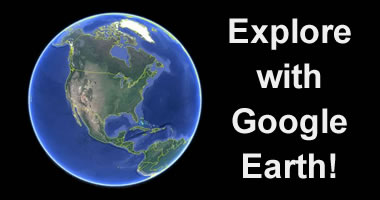 Google Earth is a free download that you can use to view close-up satellite images of Earth on your desktop computer or mobile phone.Get Google Earth. 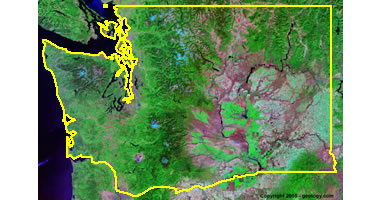 View each of the 50 U.S. states in a large satellite image from the LandSat Satellite. View States.

CIA Political Map of the World

Political maps of the world prepared by the United States Central Intelligence Agency. 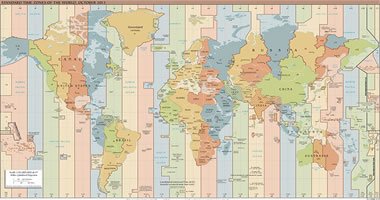 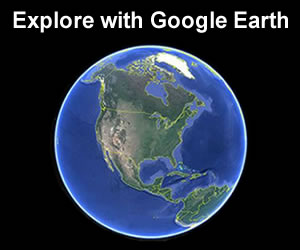 Copyright information: The images and text on this page are copyright by Geology.com. These images are not available for use beyond our websites. If you would like to share them with others, please link to this page.