Diamond Mines in the United States

The world's leading consumer of diamonds has almost no production. 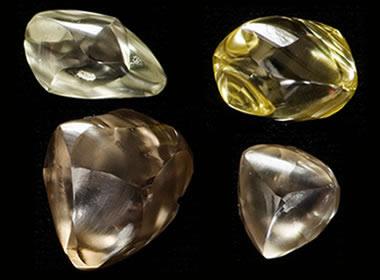 United States diamonds: A photograph of several diamonds found at the Crater of Diamonds State Park, near Murfreesboro, Arkansas. These diamonds were probably nicely formed crystals when they were in the Earth's mantle. Their shapes were modified by corrosive fluids during their rapid ascent to Earth's surface. Photo used with permission of Crater of Diamonds State Park.

Two locations in the United States have been worked as commercial diamond mines. The first was a mine near Murfreesboro, Arkansas. It was worked as a commercial diamond mine by a succession of operators in the early 1900s but closed because the deposit was subeconomic. Today it is known as the "Crater of Diamonds" and is operated by the State of Arkansas as a tourist "pay-to-dig mine" where anyone can pay a fee, look for diamonds, and keep any that they find. Up to a few hundred carats of diamonds are found there each year.

The second was the Kelsey Lake Diamond Mine near Fort Collins, Colorado. It produced small amounts of diamonds between 1996 and 2002, when the mine was closed due to legal problems.

Diamonds, diamond indicator mineral assemblages, and potentially diamondiferous rocks have been found at hundreds of locations within the United States. One or more of these locations could become commercial and make the United States a significant producer of gem-quality diamonds. [1] 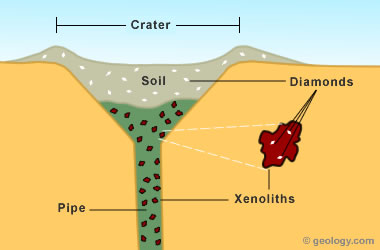 Diamond crater: A simplified cross-section of a lamproite pipe, maar, and residual soil deposit. This is similar to the deposit found at the Crater of Diamonds Mine. 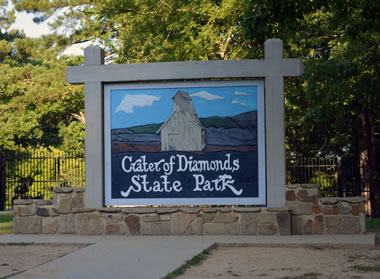 Crater of Diamonds State Park: Sign marking the entrance to the Crater of Diamonds Mine, located near Murfreesboro, Arkansas. It is now a State Park and under the jurisdiction of Arkansas State Government. Image copyright iStockphoto / PaaschPhotography.

Crater of Diamonds - The Active U.S. Mine

Although millions of carats of diamonds are consumed each year in the United States, very few diamonds are domestically produced. The only active diamond mine in the country is the Crater of Diamonds Mine near Murfreesboro, Pike County, Arkansas. There, recreational prospectors have been finding up to a few hundred carats of diamonds per year since the early 1970s. Many colored diamonds have been found at Crater of Diamonds. Most have been yellow or brown. See photo at the top of this page.

The only diamond mine where you can be the miner.

The mine is a dig-for-fee operation maintained by the Crater of Diamonds State Park. The diamonds are hosted in a lamproite breccia tuff and its overlying soil in a structure known as a maar. Collectors pay a fee of a few dollars per day to prospect and can keep any diamonds that they find. This is the only diamond mine in the world that is open to the public. 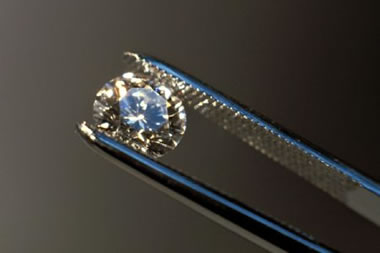 A number of famous diamonds have been found at the Crater of Diamonds mine. Diamonds found in North America continue to have gemological significance and attract a great amount of interest. Three notable Arkansas diamonds:

The "Uncle Sam" is a 40.23-carat white diamond that stands as the largest diamond ever found in North America. It was found at the Crater of Diamonds in 1924 before the property was opened as a state park. [2]

This 4.25-carat, canary-color diamond with a perfect dodecahedral pillow shape was found in 1977 by George Stepp. Stan Kahn purchased the diamond from Stepp and did not have it cut because even in its natural shape, it is an especially beautiful gem. Kahn has shared the stone with the public by loaning it to museums around the world for temporary display. 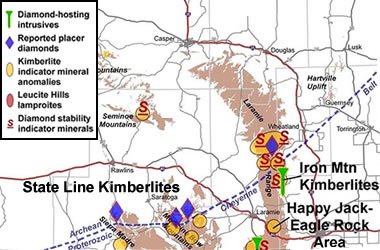 At present, there are no commercial diamond mines operating in the United States. The only commercial mine with recent activity is the Kelsey Lake Diamond Mine, located near Fort Collins, Colorado, on the state boundary between Colorado and Wyoming.

Kelsey Lake was opened as a commercial diamond mine by Redaurum Limited in 1996. Great Western Diamond Company, a wholly-owned subsidiary of McKenzie Bay International Limited, purchased the property in 2000 and operated the mine until 2002. It was closed due to legal problems rather than a lack of diamonds. [4]

Most of the diamonds produced at the Kelsey Lake Mine were clear, gem-quality stones. About one-third of the stones were one carat or larger in size. When the mine closed, there was an identified resource of 17 million tons of ore with an average grade of 4 carats per hundred metric tons. In 2003 the United States Geological Survey reported that the most valuable stones produced from the Kelsey Lake Mine were valued at $89,000 and $300,000. [3] 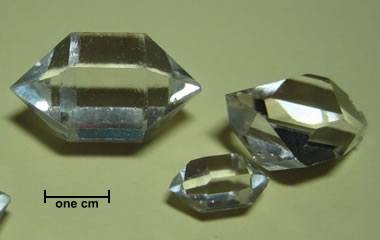 Herkimer Diamonds: Another type of "diamond" mined in the United States is the "Herkimer Diamond" of western New York. These are not genuine diamonds - instead they are doubly-terminated quartz crystals that form in vugs of the Little Falls Dolostone. Many people search for them at a few fee mining sites. They have been known since Native Americans found them in the streams of the area. Today they are considered a mineralogical novelty because of their natural doubly-terminated shape. The fee mining sites are very popular and attract thousands of visitors from around the world each year.

The Wyoming Geological Survey believes that a billion-dollar diamond industry could develop in their state. Wyoming has comparable conditions to the Canadian diamond deposits, and hundreds of kimberlite pipes are believed to exist. Their website has maps showing the location of diamond-hosting intrusives, reported placer diamonds, kimberlite indicator mineral anomalies, lamproites and diamond stability indicator minerals. [4]

Some points that communicate their optimism for a significant diamond industry in Wyoming [5]:

- the two largest kimberlite districts in the U.S. 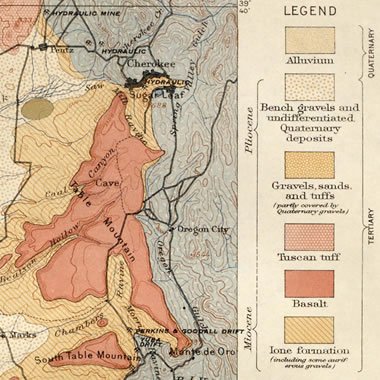 California Cherokee Diamond Mine Map: A portion of the Geologic Map of Oroville and Table Mountain, Chico and Marysville Quadrangles, Butte County, California, produced by the United States Geological Survey. The location of the Cherokee Mine is shown in the northeastern corner of the quadrangle. Diamonds have been washed from auriferous gravels of the Ione Formation that occur under the false bedrock of overlying basalt flows. View the entire map.

In over two centuries of prospecting for gold in California streams, a lot of people have carefully searched through a lot of sediment. This has led to the discovery of hundreds of gem-quality diamonds that are mostly small in size. At most locations, a single diamond or two has been found. But remarkable numbers have been found in a few areas.

One of the most notable diamond localities is an area of hydraulic mining in Butte County, north of Oroville, known as the Cherokee Mine. At this mine, native gold, native platinum, and hundreds of gem-quality diamonds have been recovered from Tertiary-age gravels of the Ione Formation. These gravels are mostly channel fills, often overlain by Tertiary-age basalt flows.

The grade of the ore in respect to diamonds was inadequate to support sustained production. However, the diamonds were an incidental product - the gold being mined was much more valuable.

Diamonds have a high specific gravity relative to other sediment grains and tend to accumulate in the same locations as gold and platinum. Efforts to locate the diamond host rock have not been successful. [8]

The discovery of numerous commercial diamond deposits in Canada has generated prospecting interest in the United States. Areas with similar geologic settings to the Canadian deposits exist in Alaska, Colorado, Minnesota, Montana, and Wyoming. Diamond indicators and confirmed diamond pipes have been found, but so far none have attracted significant investments or commercial mining.

Hundreds of diamonds have been found in the Pacific coast region; however, that area is unfavorable for the presence of kimberlite and lamproite. It is possible that these diamonds are coming from a source that has yet to be understood. [5]

The Best Diamond Prospects in the USA

Several companies in the United States are now producing synthetic diamonds using chemical vapor deposition and other processes. Many of the diamonds produced by these companies have the clarity and color required for use as synthetic gems. They have retail prices that are very competitive with natural stones and that appeals to many buyers. Sales of synthetic diamonds are steadily increasing, and that trend may continue.

Most of the synthetic diamond produced in the United States is used in manufacturing. Synthetic industrial diamond is cost competitive with natural diamond and readily available.

Carefully produced synthetic diamond is being used as a high-performance material in many manufacturing processes. Synthetic diamonds have a large number of uses which include speaker domes, heat sinks, low-friction bearings, wear-resistant parts, and more.